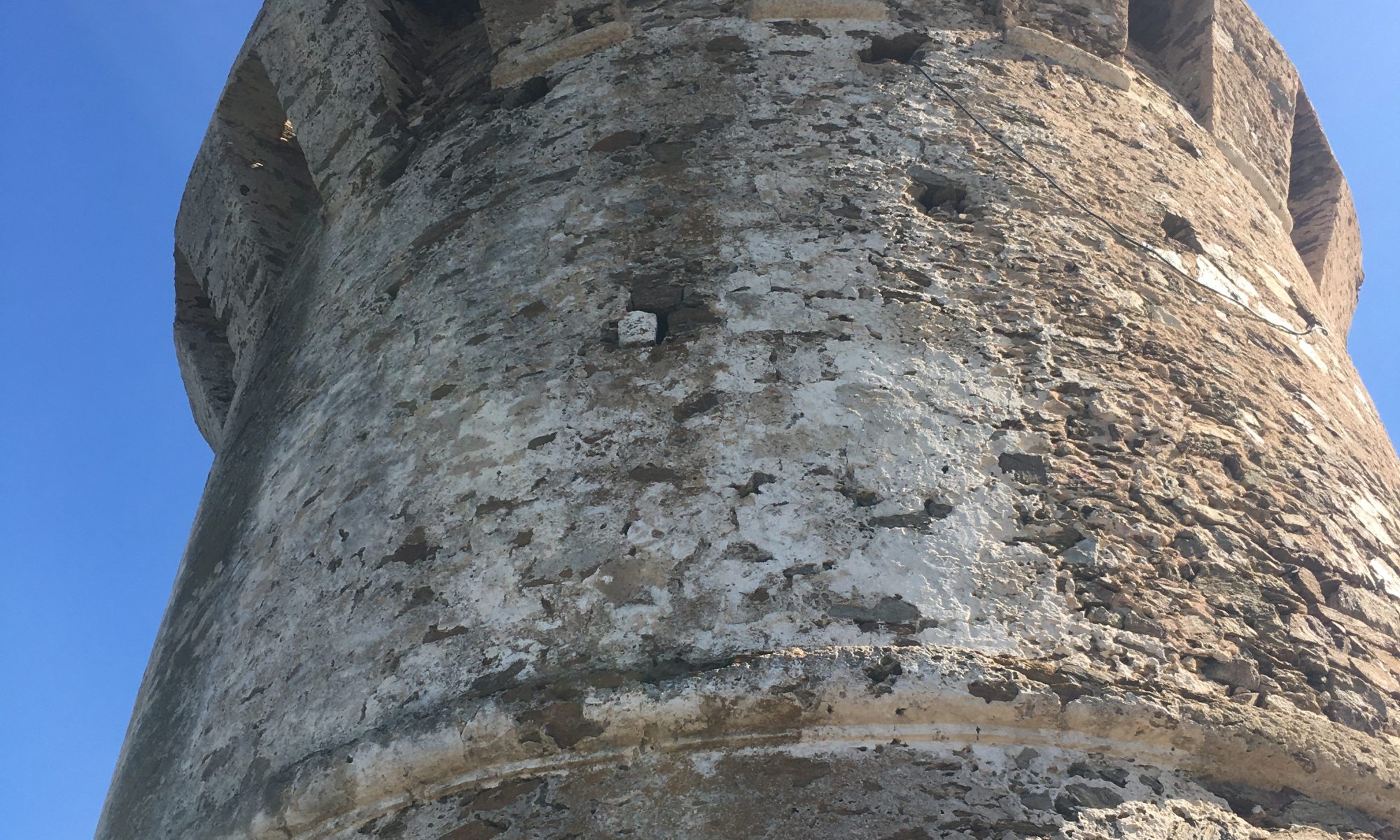 The Fautea tower has three levels: a cistern at the base, a room for the guards on the second level and a terrace on the third level, crowned with machicola

It is part of a defence system set up by the Republic of Genoa between the 15th and 16th centuries to counter barbarian attacks consisting of those charged with watching the horizon, lighting a fire at the top of the tower in case of invasion.

The fire was visible from the previous and next tower, which in turn lit a fire at their top. This system allowed the whole coast to be warned quickly and the inhabitants to take cover before the invaders arrived.

This system allowed the entire coast to be warned quickly and the inhabitants to take cover before the invaders arrived.

Lime was used to seal the stones used in its construction and the remains of the kiln used to produce the lime are still visible on the left of the tower below.